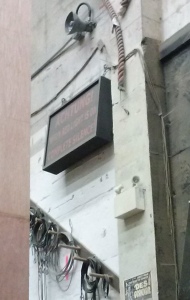 The stage is set, the players, all fifteen of them, stand in the wings, waiting to go on. All are naked; some are bold, most are nervous. Among them, Armand is one of the youngest at twenty-one tender years of age. As he follows a woman of forty out onto the platform, he wills his body into submission, not wishing to show more of himself than he must. He wishes briefly that he had cut his hair so as not to be as conspicuous. He is aware of the soft strands brushing against his buttocks as he takes stage left.

Notes in hand, textbooks tucked under her seat, Zelda sits in the audience among one hundred and fifty of her colleagues. Pen poised, her eyes drift over the bodies on stage, coming to rest upon the lithe, shy man at stage left. He scans the front row not lifting his gaze, probably lest he realizes just how many eyes are upon he and his fellow subjects. It never seems to matter to them that their audience is comprised of physicians whose interest in them is entirely clinical. It was, for Zelda, until today.

She shifts to the edge of her seat, staring at him. Willing him to look up to her fifth row seat. She has fallen in love, for as much good as it will do. Contact between physician and subject in this particular venue is forbidden. Getting backstage would be more difficult than breaching security at a rock concert.

Ignoring the rest of the class she stares only at him. When it is his turn to step forward she gasps involuntarily.

He looks up at her and a faint smile crosses his lips.

Perhaps in the next lifetime.

This post is part of SoCS. The prompt today is Scene/seen. Please join in! http://lindaghill.com/2015/01/30/the-friday-reminder-and-prompt-for-socs-january-3115/